Publishing from Day One to Pelican with Hazel and Dropbox

I'll be soon embarking on a long bike tour and was searching for a way to keep a journal of my trip but also post updates to a website. Day One was an obvious journaling choice, but with version 2, publishing isn't yet available. With a little poking around, it turned out to be fairly easy to export Day One entries and publish to Pelican (my static blog generator of choice).

I've not been a heavy user of Day One, and with the new version, I've stopped entirely until they provide end-to-end encryption with their proprietary sync service. Journaling my bike trip isn't anything I'm worried about being out in the open, and so I'll use it to keep a log of my days on the trip. At the same time, I want to keep my friends and family up-to-date on my trip. Since I use Pelican for this site, it seemed like a reasonable choice to use it for this trip and use Github Pages as an easy, free place to host it.

The first step was getting the Pelican site set up. I used the basic quickstart and put in a custom theme that I found online. The only modifications I made was using the photos plugin to make it easier to add galleries if I want in the future. Publishing to Github Pages is trivial. You can follow the steps here.

Now the fun part. Day One lets you export a journal entry as Markdown. When exported, it's compressed into a zip file which includes a folder of photos if you've included any in the journal entry. For each post, I use the export action and then upload to a folder I've created in Dropbox. I have Hazel watching this folder which will do the following: 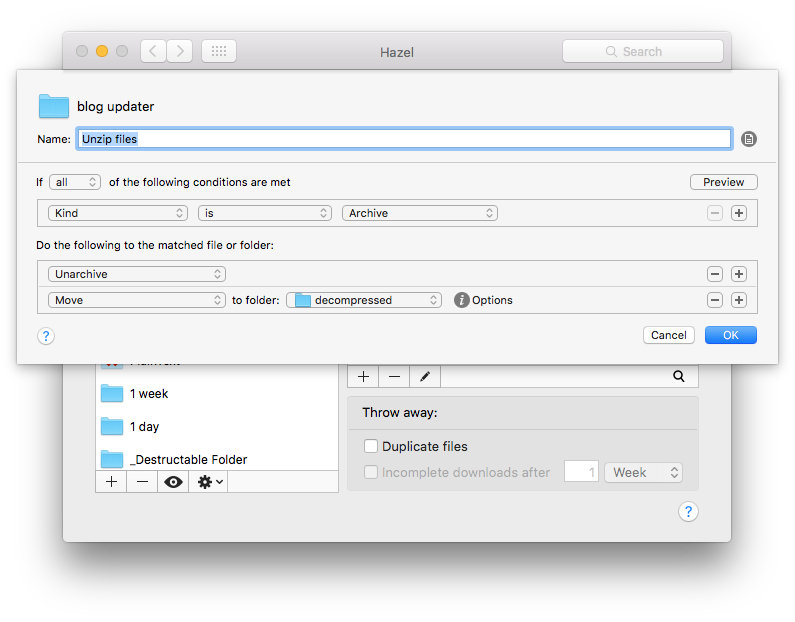 I then have a separate rule watching "decompressed" which will 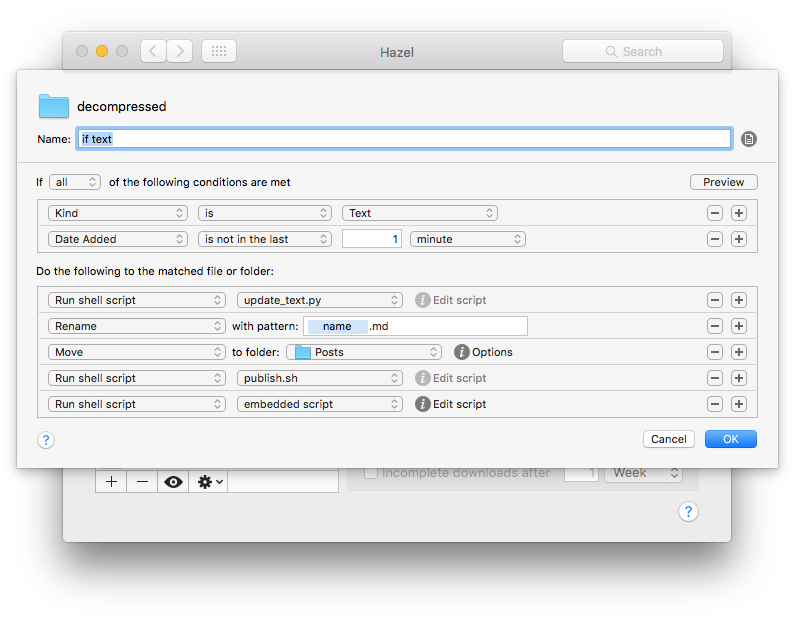 Step 2 here requires a little bit of extra work. Day One has some weird formatting issues and I also need to update the image urls in the entry to match what Pelican expects. The script isn't my finest, but it takes care of everything

Now the file is cleaned up and in the right place. We can now publish and push to Github.

That's it! You can see the posts and follow my bike tour at http://rjames86.github.io